Enjoy Ron Wilson's recent columns. The Wilson's Lazy T Ranch has its own barn quilt trail. You may see them listed on the "quilt trail" tab in Riley County.

The package came in the mail.  After a quick glance at the return address, we knew just what it was.  It was a book we had been waiting to see.  We tore open the package, opened the book, and were delighted with what we found inside.

The book is titled Following the Barn Quilt Trail.  It is written by Suzi Parron, with a foreword by Donna Sue Groves.  In the foreword, Donna explains how barn quilts came about.

Donna’s fascination with barns began at an early age.  When she was a little girl, her mother invented a game of counting barns in order to keep Donna and her brother entertained on long trips in the family car.  (This was long before handheld electronic devices or video screens in vans.)    That kept Donna on the watch for barns.  Most of those trips were to visit family, including two grandmothers who quilted.

In the 1980s, Donna was living in Ohio when she and her mother bought a farm with a barn on it.  Donna commented to her mother that the barn looked plain and it needed something colorful to brighten it up.  Donna wrote, “I halfheartedly said a big quilt square would look nice and promised her that I’d paint one for her someday.”  That promise took 14 years to come true.

The idea of a painted quilt square design to be hung on a barn would become the phenomenon now known as a barn quilt.

Meanwhile, Donna went to work for the Ohio Arts Council.  One of her projects was to encourage public murals in communities.  While traveling, she came to realize that most rural communities did not have large blank store walls on which to put a mural, but they did have nearby barns.  “To me the barn walls looked like empty palettes waiting to be decorated,” Donna Sue wrote.  “Why not make use of those barn walls specifically for a community project decorating them with barn quilts?”

In 2000, Donna finally got around to painting a barn quilt for her mother.  In fact, she suggested to her friends that they paint several of these designs to hang on barns and then invite tourists to come see them.  These groupings were called quilt trails.  The idea of barn quilts and quilt trails for visitors caught on so effectively that it has swept across the Midwest, as described previously in this column and other articles in Grass & Grain.

As Donna Sue Groves worked with barn quilt trails across the nation, many people wanted to write a book about them, but Donna wasn’t comfortable with any of these prospective authors.  Then one day she met Suzi Parron.  “When Suzi and I first chatted, I immediately knew she was the right person to tell our story,” Donna wrote.  Suzi was a teacher, a traveler, a southern girl, and an excellent writer with an eye for detail.

In 2012, Suzi published her book, Barn Quilts and the American Quilt Trail Movement.  After the book was done, she continued to explore barn quilts across the nation.  That led her to publish another book which came out in 2016.  This book includes several more states – including Kansas.

So we were excited about the package when it came in the mail, and we opened up the new book with anticipation.  I’ll describe the results in a future column.

Stalking the Elusive Barn Quilt
By Ron Wilson, Poet Lariat
It’s not exactly hunting, in the sense of bow or gun,
But it does involve a search, and it is a lot of fun.
It’s called a Barn Quilt Trail and they’re found across the nation,
As people seek them out as a tourist destination.
It starts with people choosing a nice quilt square design,
And painting them on panels in colors nice and fine.
Then those panels are hung on the side of barn or shed,
Where they’re available for viewing by the public, as I said.
And when there’s several in a region on a route that might entail,
It becomes what people now refer to as a Barn Quilt Trail.
It started in Ohio and the concept traveled west,
Where many quilts now stand as they await the traveler’s quest.
It seems there’s been a lot of action on the barn quilt front,
As people seek them out for a tourist barn quilt hunt.
You don’t need a hunting license in this quest to prevail.
A book, website or friend can guide you on the Barn Quilt Trail.

Just as the original white American settlers migrated west in the 1800s, so came the idea of barn quilts and barn quilt trails in the 2000s.  The concept of barn quilts - the decorative panels painted with quilt square designs and hung on the sides of barns - began in Ohio and moved west.  Donna Sue Groves of Ohio is considered the founder of barn quilts and the creator of the first barn quilt trail.  In 2012, Suzi Parron wrote a book about barn quilt trails.  As explained in my previous column, Suzi has now published another book called Following the Barn Quilt Trail.  This book is essentially the journal of her travels visiting barn quilt trails across the U.S. – including Kansas.

But it wasn’t a covered wagon which first brought the barn quilt idea to Kansas.  In her new book, Suzi explained that such credit goes to Chris Campbell in Franklin County.  According to Suzi, Chris is a farm wife and mother, avid quilter and quilt shop owner.  One year Chris went to a quilt show in Oregon – for real quilts, the soft cloth kind – and took a side trip to a nearby barn quilt trail.  Chris came back from the trip thinking that somebody should start such a project in Kansas.  As Suzi Parron wrote, Chris finally decided, “That somebody became me!”

Her first barn quilt was mounted on Chris’ Corner Quilt Shop near Ottawa.  The Franklin County Barn Quilt Trail has grown to include more than 40 quilt blocks!

So Franklin County was Suzi Parron’s first stop in Kansas.  The book chronicles her continued visits across Kansas to such families as the Krambecks, Olberdings, and Sylvesters.

Then came the Flint Hills Barn Quilt Trail. Leaders like Sue Hageman, Connie Larson, Abby Amick, Lori Bammerlin, and Marcia Rozell promoted the development of a barn quilt trail for the Flint Hills region.  These women have done an outstanding job, as described by Suzi Parron.

One of Suzi’s stops in Kansas was at our ranch.  My wife told Suzi the story of her great-great-grandmother Maggie Thompson Beam, who made a quilt using the pattern of Lancaster Rose a century ago.  That quilt eventually found its way to our family, and we still have it.  We even have a black-and-white photo of a stern-looking Maggie working on this very quilt, and the design is prominent in the photo.  That was the design that we used for our first barn quilt.

We were so surprised and pleased to find that the barn, the quilt, and the photo of Grandma Beam are featured in Suzi Parron’s new book.  The book covers 17 states plus Canada.  Of the 259 pages describing barn quilts in various states, 15 pages are devoted to Kansas.  This colorful, engaging book is available from Swallow Press of Ohio (www.ohioswallow.com).

What explains this flurry of activity around barn quilts?  I think it is an intersection of art, tourism, and rural heritage.  As the following poem indicates, people have deep feelings for their family quilts.

I commend the women of Kansas who have promoted barn quilts and barn quilt trails in Kansas.  As Suzi Parron found, it is not just the eye-catching designs which make these so interesting.  It is the touching, heartwarming stories behind the quilts which make them especially meaningful.

Grandma’s Quilt
By Ron Wilson, Poet Lariat
Grandma’s quilt is soft and warm.  We hang it on a railing,
In tribute to her handiwork and family love unfailing.
There are surely other families who might have a family quilt,
Which displays the craftsmanship that prior generations built.
Perhaps a grandma stitched a quilt a lot of years ago,
And it’s been passed down through the years for us to have and show.
Just think about those women with their skill in decorations,
Who created these warm quilts for future generations.
To think they chose these patterns and stitched them with such care,
Not knowing their descendants would find such value there.
When winter nights are here and we go lay down our heads,
How comforting to find a family quilt upon our beds.
It’s not just these blanket layers which protect us from the cold,
It’s the inner warmth of reconnecting with these gifts of old.
So what makes these quilts so special to those who’ve gotten and displayed them?
I think that it’s the memory of the loving hands who made them. 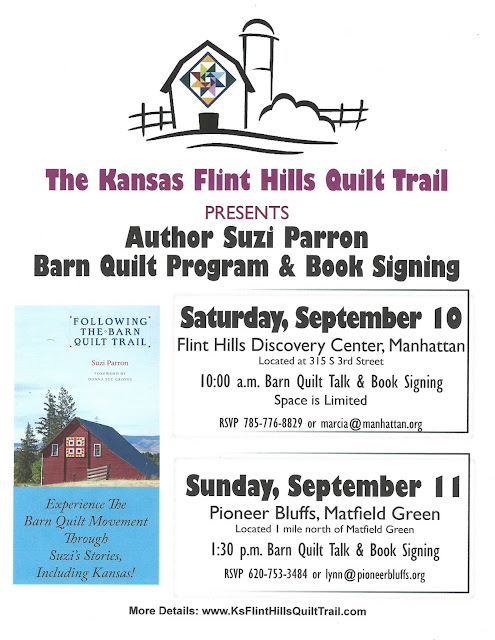 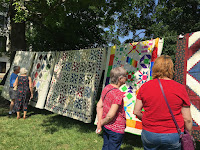 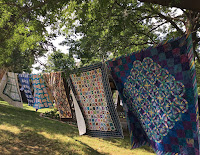 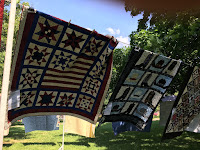 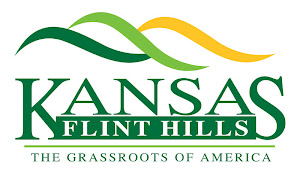